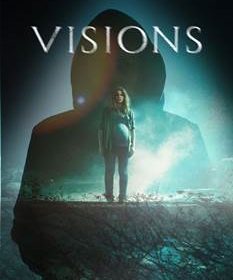 After moving to a vineyard with her family, a pregnant woman experiences horrifying visions. From the creators of insidious this horror film is filled with twist and turns and scenes that will leave you in the edge of the seat. This one is for the horror lovers. 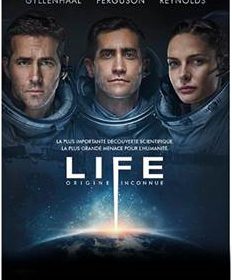 Astronauts played by A-list Actors (Jake Gyllenhaal and Ryan Reynolds) and Actress (Rebecca Ferguson) aboard the International Space Station on the cutting edge of one of the most important discoveries in human history: the first evidence of extraterrestrial life on Mars. As members of the crew conduct their research, the rapidly evolving life-form proves far more intelligent and terrifying than anyone could have imagined. Not suitable for children as it is sci-fi/horror. It is a good movie as it tries to create a new way of approaching Mars in movies.

Aspiring NYC artist John Hollar returns to his middle America hometown on the eve of his mother's brain surgery. Having to not only deal with his mothers illness he has to deal with the family drama from his brother and father. Joined by his girlfriend, eight months pregnant with their first child, John is forced to navigate the crazy world he left behind as his dysfunctional family, high school pals, and over-eager ex flood back into his life ahead of his mother's operation. He soon discovers the shoes he has to fill in order to get everyone on the same page.Genre: Comedy/Drama, good family move with parental guidance 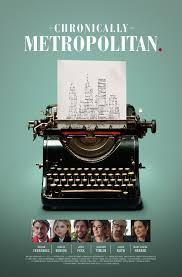 is an interesting movie which embarks on the journey of a young man who happens to be a novelist Fenton Dillane. Dillane returns to New York City unannounced ready to reclaim his lost love, Jessie,  a girl he left without telling her, upon his return he finds out that she  is engaged to be married. Dillaine decides to recruit help from his head strong sister, Layla and his drug dealing best friend to win her back. His actions set in motion a chain of events that affect the lives of everyone around him for better and for worse. This is a good movie that teaches the consequences of ones actions. It is a good family movie for those over the age of 13 DLS, Genre: Drama/Comedy with a run time of 82mins.