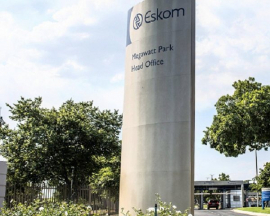 Eskom says stage two load shedding was implemented due to depleted capacity caused by generator breakdowns, power station trips, the slow return to service of units, as well as higher demand for electricity as the colder weather starts to settle in.

As a result of these factors, the power utility was unable to feed the entire demand for electricity on Tuesday.

Eskom Chief Executive Andre de Ruyter told a media briefing on Wednesday that the electricity supplier is working to ensure that load shedding is suspended as soon as it is possible to do so.

He explained that the power utility’s capacity to deliver electricity currently falls short of the country’s demands.

“We have a deficit between our demand and our available generating capacity, hence the reason for us to implement stage two load shedding. Obviously also bearing in mind that we do not wish to deplete all of our reserves in continuously meeting excess demand because then… we will run out of diesel to fire up our open cycle gas turbines... and we will also run out of capacity at our pump storage systems. These are very important back-up systems in order to prevent the far worse scenario of a total system blackout.

“We are working very hard to return units to service. We are doing our level best to accelerate [suspending load shedding] but unfortunately where we are right now, we have no alternative… based on our anticipated return to service of major units which will alleviate the generation capacity constraint,” De Ruyter said.

The power utility’s Chief Operating Officer, Jan Oberholzer, explained that the power stations ran into major problems during and after the long weekend.

“So [because] Monday was a public holiday and the demand for electricity was low, we managed to supply electricity demand…but we still needed 16 open cycle gas turbines to take us through the evening peak.

“Unfortunately this trend continued into Tuesday morning… with a further four generators tripping or being shut down due to breakdowns. An additional 2000MW. So within 36 hours, the total net loss generating capacity to the system was about 4 200MW,” Oberholzer said.

The COO added that the power utility is now making use of emergency reserves due to higher winter demand.

“Despite the implementation of stage two load shedding, we are still using extensive emergency reserves to go through the morning peaks as well as the evening peaks,” Oberholzer said.

“Currently, we still have around 4 500MW that is at risk. These are units that we have kept on load that are limping with various defects. Our main concern remains over the past weekend… We experienced various breakdowns and many of them we have returned.

“The situation remains that we are still running a very constrained system where every challenge that we experience actually results in severe constraints. So the 4 500MW is something that we want to address. Currently, we have a unit at Kriel and Majuba that have got tube leaks but we resolved to keep those units on load because we cannot afford to take them off. The unfortunate thing is when those units then take themselves off as the defect deteriorates,” he said.

Mathebula added, however, that there are a number of generating units expected back in service over the next few days which will relieve pressure on the system.

“The forecast currently is returning the units that are down…we have three machines that are coming [back today]. We have eight machines, to the tune of 3 700MW that we will be bringing [back] between today and over the weekend. That should enable us to deal with [loadshedding],” Mathebula said. – SAnews.gov.za