On Thursday, 06 July 2017, the Gauteng Department of Social Development was contacted by the Commission for Cultural, Religion and Linguistic Communities Chairperson Ms Thoko Mkhwanazi-Xaluva and Ugogo Maliyavuza from the Community Councils of Traditional Healers – Ubuhlebengcice to alert them that a 17 year old girl was staying with a 42 year old traditional healer from Debonaire Park in the Vaal. This has been going since March 2017 after he paid a R25 000 lobola to the family.

When confronted his only defense is that the child’s mother and family misled him to believing that the child was over the age of 18yrs.

The immediately removed the child from the man’s house to a place of safety. The matter has been reported to the South African Police Services (SAPS)’s Family Violence, Child Protection and Sexual offences Unit (FCS) for abduction and statutory rape.

The young  girl is in a good mental state, emotionally sound and clean. Social workers noted that the child expressed an intention to continue to stay with the traditional healer and that she was happy with this arranged union. The Department suspects that the child who turns 18yrs in a month’s time is indeed likely to go back to this man as soon as she reaches 18year.

At the time of her removal the child it was discovered that she was not schooling and plans are afoot to ensure that she is assisted to continue with her schooling.

People of Gauteng are argued to be vigilant and report such cases to Gauteng Department Of Social  Development Offices or call the Gauteng Hotline at 0860 428 8354 or Call Social Development Gender Based Violence Command Centre 0800 428 428. National Human Trafficking Resource Line 0800 222 777.

END_OF_DOCUMENT_TOKEN_TO_BE_REPLACED 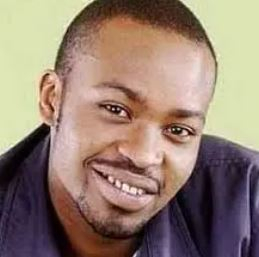